For years, the Caland Bridge has been a severe bottleneck for rail freight in and out of the Port of Rotterdam. With the opening of the Theemswegtracé, capacity will improve by leaps and bounds. We went to take a look.

It takes some time to find the right size in the cupboard of safety shoes. And it was rather clumsy of me first to put on the boots and then the bright orange safety trousers: the helmet and the bright orange jacket complete the outfit. Not much later, we’re standing on top of the brand-new Theemswegtracé, glistening in the bleak autumn sunshine.

I notice that the bridge is relatively wide. “That’s right,” says Steven de Mos, civil engineer at Port of Rotterdam. “There are two bridges on the route. The Zwartewaalsebrug and Rozenburgsebrug. The latter is located at a point where the railway line curves. Building a curved bridge would be extremely expensive. By designing a slightly wider steel bridge, the railway track on that bridge can make a curve. The entire route is full of such cleverness.”

Cleverness was definitely necessary on the whole track. The Theemswegtracé can justifiably be called a feat of engineering. Building in built-up areas is always tricky, but this was puzzling with a microscope, as the stretch of railway runs from km 20,750 of the Port railway line in the Botlek, to km 25,175 west of the current Calandbrug in the Europoort.

It is therefore built in the middle of a densely built-up petrochemical area. Above and below ground, the production and transit of goods and containers continue twenty-four hours a day. Everything had to be turned upside down. “Roads, cycle paths, cables, and pipelines have been re-routed for the route,” says Steven de Mos. “More than four kilometers of elevated track have been laid, including two new steel bridges. But most importantly, a major bottleneck in rail freight transport has been removed, allowing for a substantial increase in capacity.”

That bottleneck was the Caland Bridge, a steel lift bridge built in 1969. Until now, all traffic had passed over and under it. As a railway bridge, it was the connecting link in the Havenspoorlijn, part of the Betuweroute, and it linked the western port area with the hinterland. But also, the seagoing traffic uses the Calandbrug, which is the gateway to the Brittany port.

Priority
“The Calandbrug, therefore, opens several times a day, whereby maritime traffic has priority. Train and shipping traffic were increasingly in each other’s way,” explains Steven de Mos. “This meant that only fifty-eight trains could pass over the Caland Bridge.”

To address the bottleneck, the State Secretary of Infrastructure and the Environment made the final decision in the Structural Vision Project Caland Bridge in September 2015 to divert the Port railway line. In the years that followed, the route was prepared and constructed piece by piece by construction consortium SaVe, which includes Dura Vermeer, Besix, and Mobilis and bridge builders Hollandia and Iemants. The superstructure, the track, the overhead lines, and various parts of the train security systems, were carried out by VolkerRail in cooperation with ProRail. ETS Spoor supplied the materials. But there were quite a few challenges. Especially cables in the ground caused unforeseen costs.

“In the Rotterdam port area, there are many cables and pipes in the ground. We had to replace all of them before we put any poles in the ground,” explains Steven de Mos. “But that was not all. We had to consider buzzards, bats, smooth cat’s ear, and the preservation of a memorial tree for a deceased person whose family wanted it preserved. We also planted the greenery that was lost elsewhere.”

In total, the investment for the construction of the Thames Road route was around €300 million, of which €62 million was paid as a subsidy by the European Union. The Port Authority and the State paid the remaining amount. The current Calandbrug will be renovated and remain available for road traffic. The official opening is on 15 November.

The chimney pipes of the petrochemical plant sparkle in the sun. We walk between the one-meter-high soundproof walls along the route. The walls, made of a mix of concrete and wood chips, dampen the sound quite well. My photographer is less than ten meters away but can no longer hear me when I say something to him. “The shape and the open material absorb sound enormously,” says Steven de Mos. A job well done.

Steven de Mos radiates pride. And rightly so. “With the arrival of the Theemswegtracé, the prognosis is that in 2030 two hundred and twenty-one trains will pass through there every day. The capacity bottleneck for rail traffic caused by the bridge openings has thus been resolved.”

And that is excellent news for the capacity of rail freight traffic in and out of the Port of Rotterdam. 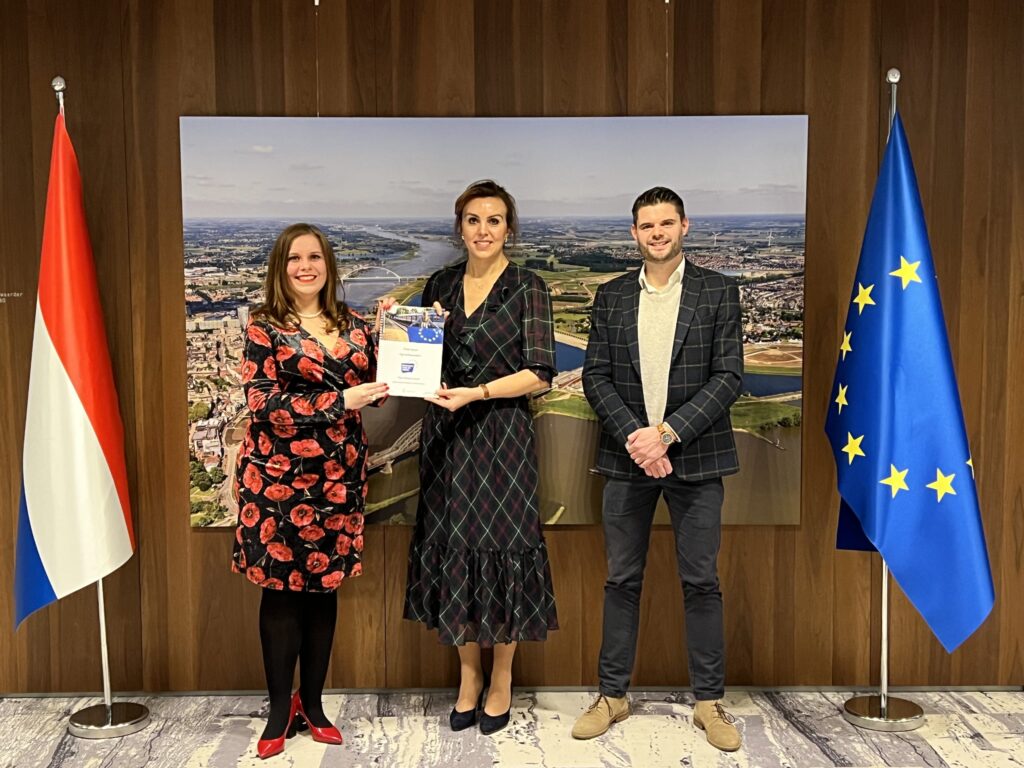 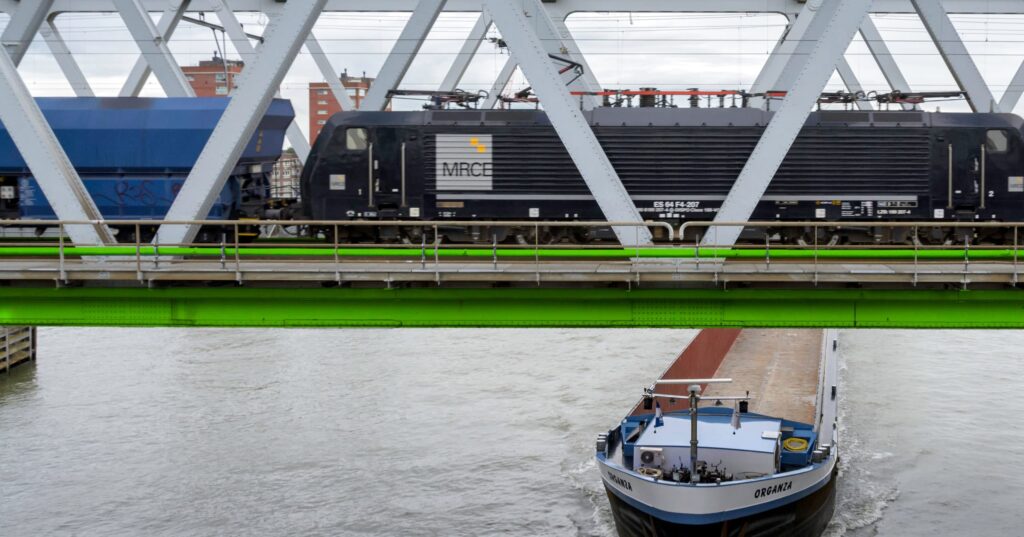